How do people misuse prescription opioids?

Prescription opioids used for pain relief are generally safe when taken for a short time and as prescribed by a doctor, but they can be misused.

Long-term use of opioids, even as prescribed by a doctor, can cause some people to develop a tolerance, which means that they need higher and/or more frequent doses of the drug to get the desired effects.

Drug addiction is a chronic disease characterized by compulsive, or uncontrollable, drug seeking and use despite harmful consequences and long-lasting changes in the brain. The changes can result in harmful behaviors by those who misuse drugs, whether prescription or illicit drugs. 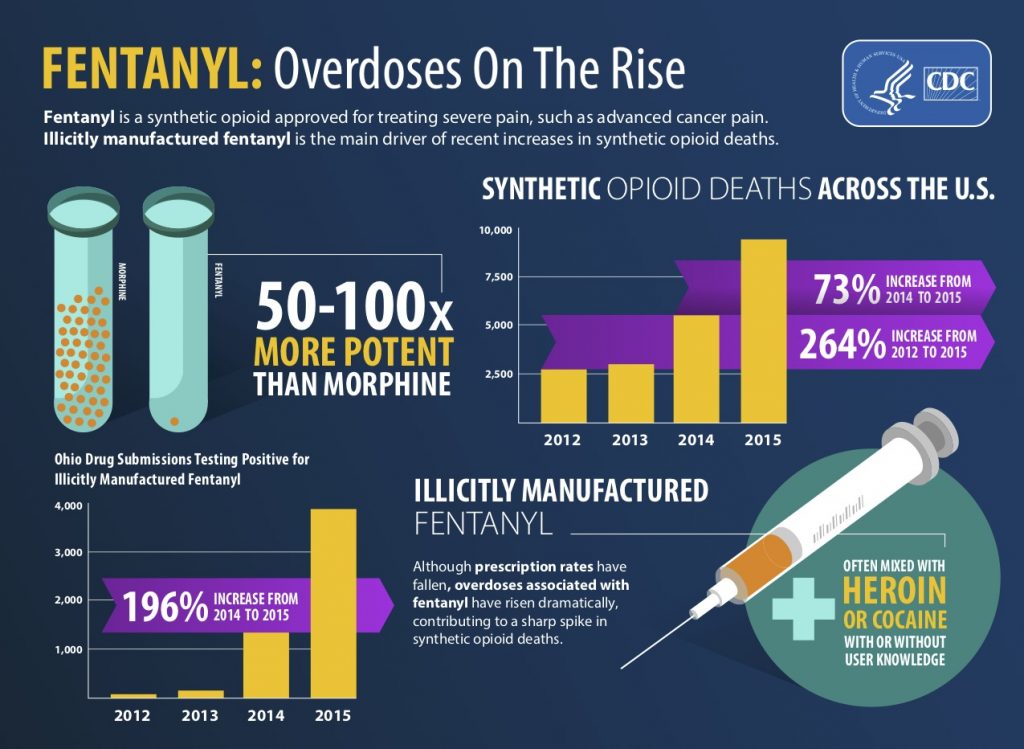 Opioids include prescription and illicit drugs.

Prescription Opioids: Prescription opioids are used mostly to treat moderate to severe pain, though some opioids can be used to treat coughing and diarrhea. Opioids can also make people feel very relaxed and “high” – which is why they are sometimes used for non-medical reasons. This can be dangerous because opioids can be highly addictive, and overdoses and death are common. Heroin is one of the world’s most dangerous opioids, and is never used as a medicine in the United States.

Fentanyl: Fentanyl is a synthetic opioid that is 80-100 times stronger than morphine. Pharmaceutical fentanyl was developed for pain management treatment of cancer patients, applied in a patch on the skin. Because of its powerful opioid properties, Fentanyl is also diverted for abuse. Fentanyl is added to heroin to increase its potency, or be disguised as highly potent heroin. Many users believe that they are purchasing heroin and actually don’t know that they are purchasing fentanyl – which often results in overdose deaths.

Reports from law enforcement indicate that much of the synthetic opioid overdose increase
may be due to illegally or illicitly made fentanyl. According to data from the National Forensic Laboratory Information System, confiscations, or seizures, of fentanyl increased by nearly 7 fold from 2012 to 2014. There were 4,585 fentanyl confiscations in 2014. This suggests that the sharp rise in fentanyl-related deaths may be due to increased availability of illegally made, non-pharmaceutical fentanyl, and not prescribed fentanyl.

Join us on September 26th, 2019 from 6-9pm at the Downtown Chico City Plaza to Celebrate National Recovery Month!

CELEBRATING VOICES IN RECOVERY: TOGETHER WE ARE STRONGER